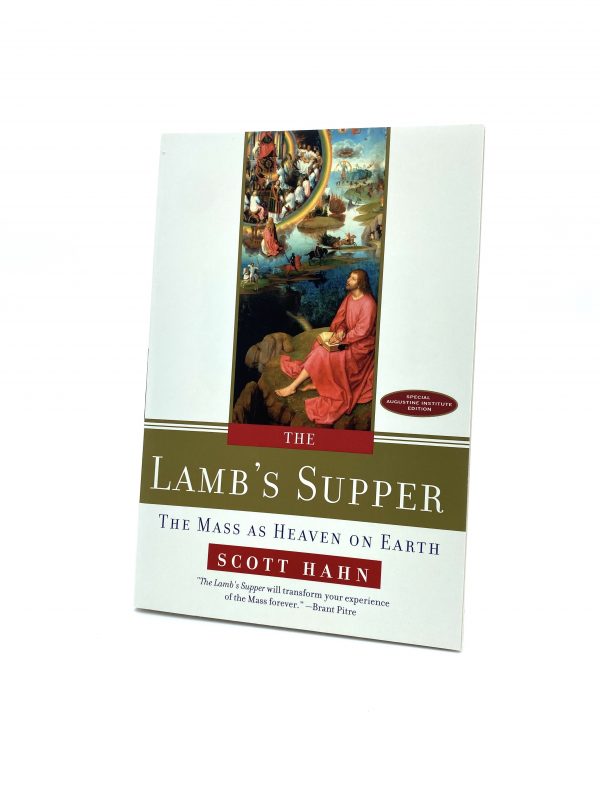 Product details of The Lamb’s Supper by Scott Hahn (Paperback)

Bestselling author Scott Hahn sheds new light on the Mass, offering readers a deeper appreciation of the most familiar of Catholic rituals.

Of all things Catholic, there is nothing that is so familiar as the Mass. With its unchanging prayers, the Mass fits Catholics like their favorite clothes. Yet most Catholics sitting in the pews on Sundays fail to see the powerful supernatural drama that enfolds them. Pope John Paul II described the Mass as “Heaven on Earth,” explaining that what “we celebrate on Earth is a mysterious participation in the heavenly liturgy.”

The Lamb’s Supper reveals a long-lost secret of the Church: The early Christians’ key to understanding the mysteries of the Mass was the New Testament Book of Revelation. With its bizarre imagery, its mystic visions of heaven, and its end-of-time prophecies, Revelation mirrors the sacrifice and celebration of the Eucharist.

Beautifully written, in clear direct language, bestselling Catholic author Scott Hahn’s new book will help readers see the Mass with new eyes, pray the liturgy with a renewed heart, and enter into the Mass more fully, enthusiastically, intelligently, and powerfully than ever before.

Dr. Scott Hahn is the bestselling author of over forty titles, includingand. Professor Hahn holds the Fr. Michael Scanlan Chair of Biblical Theology and the New Evangelization at Franciscan University of Steubenville, where he has taught since 1990. As Founder and President of the St. Paul Center for Biblical Theology, he is Editor-in-Chief of Emmaus Road Publishing. His Emmaus Road titles include,,(co-author), and(co-editor). He also serves as the McEssy Distinguished Visiting Professor of Biblical Theology at Mundelein Seminary. Dr. Hahn has six children and thirteen grandchildren. He lives in Steubenville, Ohio.

Specifications of The Lamb’s Supper by Scott Hahn (Paperback)

There are no reviews yet.

Register your email for news